I’ve never been one to keep jumping on the scales nor am I the type of person to feel guilty after demolishing a whole pizza. I enjoy kebabs after a night at the pub drinking beer and I do love a good packet of Doritos with dip on the side but I also want to take care of myself and be healthy. Over the last month, I’ve been working my arse off with the help of MyFitnessPal to improve my lifestyle and lose a bit of weight so I thought you might be interested to find out how I lost a stone in a month!

I’ll be honest and say I’ve haven’t been sticking to a rigid plan every single day because it’s all about flexibility and balance right? And if I fancy a custard cream then sod it, I’m gonna eat the custard cream! But I have been trying really hard and I’m so chuffed it’s paid off… Feels so good to tell people I’ve lost a whole entire stone in only four weeks!

As I mentioned, MyFitnessPal has been my absolute rock throughout the last month. I know it doesn’t suit everyone but calorie counting has definitely worked for me and I know that’s frowned upon but each to their own I suppose! The app worked out that for me to lose 2 lbs a week (which I ended up losing way more than), my calorie goal for each day was 1200. Yes, that is incredibly low considering women are meant to consume 2000 a day but hey, it worked! Most days were green (still had calories remaining), although I did have a few red days (gone a tad overboard on calories), but my diet was completely balanced so I didn’t beat myself up too much about it. At the end of the day, I was eating healthy food with fruit and veg so if I went over by 140 calories – which is the equivalent of two apples – then I didn’t think it was worth having a breakdown over!

Breakfast is the important meal of the day blah blah blah but I don’t actually eat it unless it’s a weekend when I’ll have poached eggs on toast. During the week I tend to just have a light lunch and dinner without snacking but I mean, sometimes you just can’t avoid salt and vinegar rice cake cravings! Below is a rough idea of what I’ve been eating over the last month with snacking options and I swear this diet has worked!

For me the main thing I needed to change about my diet wasn’t what I was eating, it was how much I was eating. My portion sizes were getting bigger and bigger and I was eating everything on my plate and more! Now I make sure I don’t pile up my plate and if I’m still hungry, I’ll polish off some more veggies and drink more water to fill myself up. Even when I went to McDonalds, I’d just get some nuggets and a cheeseburger rather than ordering half the menu!

You may also notice, there’s not a huge amount of meat or dairy in my diet (although I do love a ham, cheese and pickle sandwich). Since doing so, I’ve considered whether to go down the vegan route or not. I doubt I could ever go full-time vegan but I don’t see the harm in trying to stick to a vegan diet even if it’s just for a few days a week. I also recently discovered vegan tests which I’d never heard of before which determine if you’re allergic to any animal-derived foods like meat or dairy which could make your decision to go vegan so much easier!

If you’re interested in getting one of Health Labs’ vegan tests then you can get 25% off using my discount code, ‘RAWRDROBE25’!

I’ve just remembered one crucial part of losing a stone which I’m now adding in a few days after this was originally published… Cutting out beer! I’ve gone from someone who’d never turn down a pint to ordering a pint of blackcurrant and soda (much to the disappointment and shock of my friends and the locals at the pub!) I think this is probably the main reason for me losing weight as beer is so bloating and bad for you! 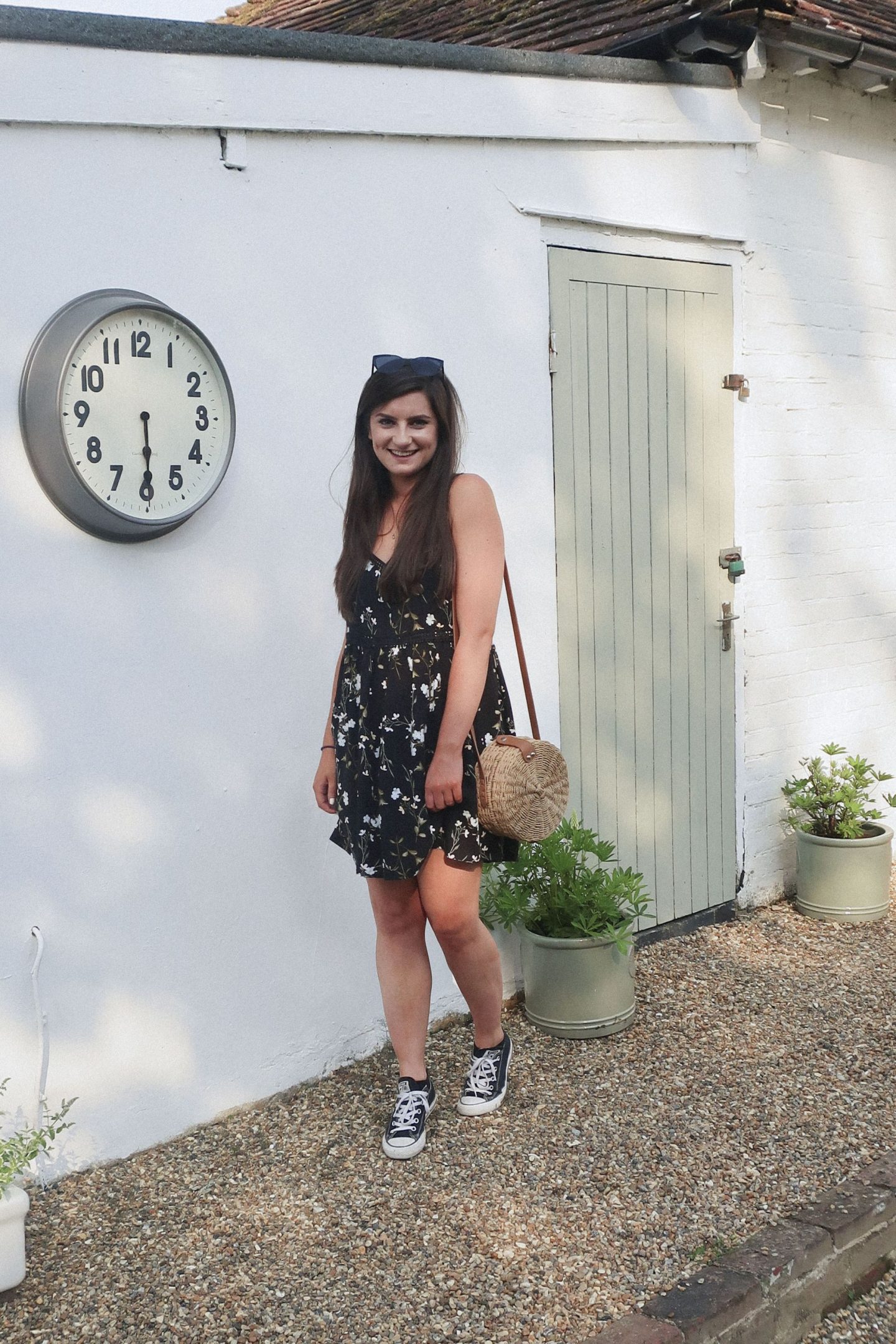 For me, the killer of losing weight has to be going to the gym when you’re just not in the mood. Argh it’s so difficult! But I’ve persevered and it’s definitely paid off. Well, for the meantime anyway! I’ve been going to the gym two or three times a week, swimming for half an hour once a fortnight and working out whenever I can at home which tends to be once or twice a week.

When I go to the gym in the week I tend to only really do cardio because a) I’m too much of a nervous wreck to enter the weights section and b) I do weights at home. I’ll kick off every session with five or 10 minutes power walking on the treadmill and then spend another five minutes properly stretching out my legs because I’m so prone to pulling muscles. Then it’s time to hit the cross trainer where I’ll aim to run for 20 minutes (sometimes it’s more or less depending on how close my lungs are to collapsing) and then I’ll do another 10-20 minutes on the rowing machine. After that, I might jump back on the cross trainer or treadmill until I literally cannot run anymore but normally, I’d finish on the rowing machine and then head off home. Once I’m home I’ll stretch and roll out using my foam roller which is an absolute lifesaver and then I’m done for the day!

Sunday’s routine normally involves 20 minutes hardcore on the cross trainer and then half an hour of swimming. At first, I thought I’d struggle with swimming after not doing it for 10 years but I actually really enjoy it and it definitely feels like a workout on your whole body! I swear, there is not one part of me that doesn’t ache when I’ve had a proper swim session! All I do is swim lengths of breaststroke for half an hour (with a few little breaks in-between, let’s be real) and then I might tread water for a bit or try some breathing exercises.

As for my home workout, I just go on good old YouTube and hit up my workout playlist which is full of Lucy Wyndham-Read‘s workouts. My favourites are her seven-day challenges which may seem like a piece of piss but they’re really not! I like to just get in my trackies when I get home from work, stick some TV on and smash three of them out in half an hour. If the gym isn’t really your thing then I totally recommend giving Lucy’s workouts a go!

So as you can tell from reading this, I’m not exactly a fitness expert or dietician but somehow this lil thang I’ve got going on is working for me and is exactly how I lost a stone in a month. My next goal is to lose another seven pounds and then I’ll be happy as Larry. I’ve got a feeling I’m going to have to do a lot more sweaty workouts to shift this extra half stone but I’m feeling motivated and ready so bring it on!

Have you ever considered going vegan? What are your favourite home workout videos?