I figured since I’ve had a little influx of new followers over the last couple of months, you might want to know more about the girl behind The Rawrdrobe aka me, a very average 21 year old who’s a bit weird. I will also mention here that I’m not some kind of self-absorbed narcissist and completely get the fact probably nobody will read this post but hey ho, here we go. 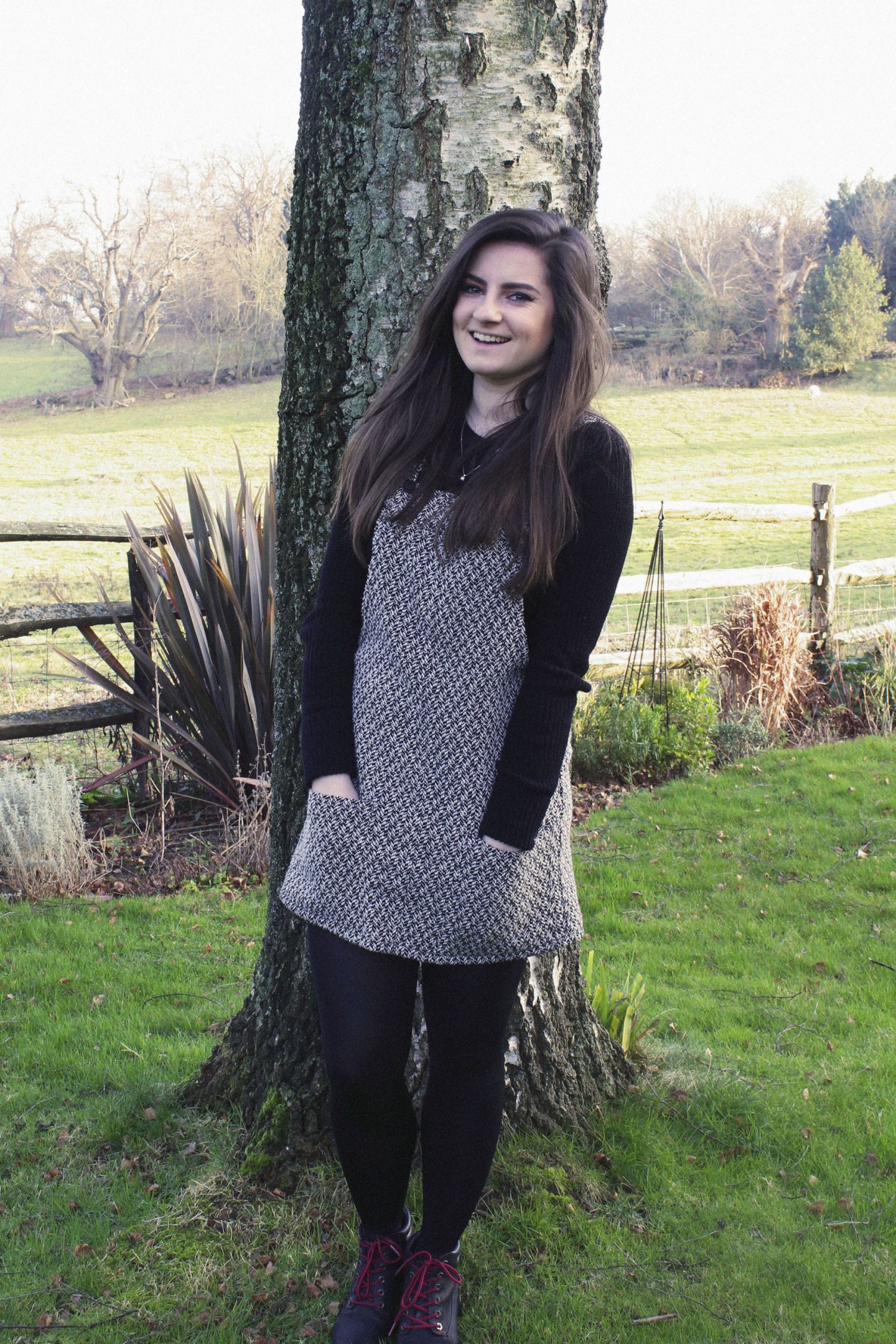 1. I don’t like tea and have never ever drunk a cuppa before of any kind of tea at all much to Toby’s dismay.

2. I would choose a takeaway and a film over a night out any day of the week (Chinese of course)!

3. No matter how many fashion bloggers wear them, I would not be seen dead in flares.

4. I hate to be one of those horoscope crazy people but my star sign is a Taurus and I certainly fit the stereotype – unbelievably stubborn yet loyal, down to earth and generous.

5. I jump so easily, I’m actually surprised I’ve never had a heart attack.

6. I can’t blow up a balloon – that’s what smoking does to your lungs kids!

7. When I was at school, my favourite lessons were maths, physics and graphics and I absolutely hated chemistry, biology and history.

8. If someone invited me to Wagamama, I would drop all my plans to go – nobody can get in the way.of a yaki soba or katsu curry!

9. I work as a marketing executive for a recruitment software company and absolutely love my job.

10. I have a humongous fear of birds which all my friends love to laugh at but I am genuinely shit scared of them. I’m also not the biggest fan of clowns, scarecrows, scary films and creepy crawlies.

11. When I was about six, I crashed my bike into the kerb (with no helmet on) and completely smashed my face in. Knocked out like eight teeth and my headteacher had to re-introduce me at school because people were scared of me. I’m convinced the accident is the reason why I have a wonky smile!

12. I’ve never dyed my hair properly, only dip-dyed the ends pink-ish when I was in school because I was cool af.

14. I’m not very well travelled and the furthest I’ve been to date is Turkey.

15. I get stressed really easily.

16. At Maccy D’s I’ll always order a cheeseburger, mayo chicken, medium fries, Fanta, mozzarella sticks (or some other cheesy equivalent), maybe some nuggets and an apple pie. And I will eat ALL OF IT, just watch me!

17. When I was little I wanted to be a ballerina but over the last seven years or so I’ve also wanted to be a photographer, graphic designer, magazine editor and social media manager.

18. I get grumpy so super easily if I’m tired or haven’t eaten (so basically all the time).

19. We all know I’m a crazy Marvel fangirl and my top three films are The Avengers, Captain America: Civil War and Thor: Ragnarok, closely followed by Guardians of the Galaxy Vol 1.

20. I have a really low pain threshold and I’m a massive wimp. I don’t even have my ears pierced!

22. Over the years I’ve played an array of sports (not many of which I was particularly amazing at) including hockey, tennis, rounders, basketball, football and swimming.

23. I also used to dance a lot when I was younger and did ballet, tap, modern and jazz to quite a high standard for someone my age (sorry, I do love to brag) and got to dance in some incredible theatres. As I got older I grew out of those styles and started street and breakdancing as well as choreographing and teaching. I used to run a couple of classes at my old school and choreograph the dances for the yearly dance show which I absolutely loved but when I left the school I couldn’t teach anymore and haven’t done anything since!

24. If I could eat out for any meal it would definitely be brunch – holla at eggs benedict or a nice greasy fry up with extra sausages, hash browns and beans.

25. In real life, I swear a lot. A LOT. I’m always effing and blinding and was even bought a swear jar for secret Santa at Christmas by a colleague. I try not to swear as much on my blog because I know some family members read it… Hellloooooo family!

26. I’m professionally trained as a PA but it’s not something I’ve ever really wanted to do.

28. I spend way too much money on ASOS and feel like I’m a recovering addict.

29. I never knew whether I was a country bumpkin or more of a city girl but I’ve finally decided I like being by the seaside the most, except the insane amount on seagulls.

30. My favourite Marvel character is the Winter Soldier and I’ve got so much love for Sebastian Stan (the actor).

32. Beer and water are pretty much the only things I drink.

33. I started blogging in July 2012 which is bloody ages ago and I actually get really annoyed at myself that I didn’t put more time and effort into it back then because maybe I’d be doing it full time now but hindsight is a beautiful thing. Shoulda coulda woulda!

34. I love cleaning and tidying my room, clearing out my old clothes, throwing away old makeup and ironing.

35. That leads me on nicely to this point that I’m a really organised person. I’ve always got a few lists on the go, I’m never late and every holiday or trip is planned to a T!

36. Toby and I met when we were 11 years old in school and became best friends pretty much straight away.

37. I’m about 5’4″ now but always used to be much smaller than my friends and was even nicknamed Titch in my basketball team.

38. I used to be obsessed with wearing beanies and had like 20 but I justified it by saying I had a good hat head.

39. My favourite Spotify playlists are Guardians of the Galaxy Complete Mixtape, All Gold 80s and Sing-Along Indie Hits.

40.  I don’t have any tattoos and even though I’ve been saying for years that I want to get a few, I’ve just never got off my backside and actually had it done!

41. I love scrapbooking and I’m so glad I started mine last year. I’m constantly collecting little tickets and reminders of my favourite days and spending the most ridiculous amount of money on washi tape and fake polaroids!

42. Wicked is my favourite musical and I could watch it over and over again all day. Shame I can’t sing for shit though!

43. I’m so fortunate to be someone who falls asleep really easily and I barely ever get woken up. Once when I was younger, a house a couple of doors down was completely on fire so there were loads of police, fire engine and ambulance sirens going off and I slept through the whole thing!

44. If I could eat one thing for the rest of my life it would be potatoes.

45. I can write in shorthand (Teeline to be precise).

46. My favourite flowers are lilies.

48. My sneezes are probably a solid 5 on the Richter scale.

Well there we go. 50 random facts about me which you probably didn’t know! Congratulations if you’ve made it to the end, you now know way more about me than you ever thought you would and also deserve a medal! And if you just scrolled down to the bottom to see what the last fact was then that’s cool, I do that a lot on blog posts like this as well, fair play.

Let me know in the comments some random facts about you, I’d love to have a read through!