What’s the first thing we do when we run out of money? Think ‘fuck it’ and order a takeaway… Okay, so what’s the next thing we do? Rifle through our wardrobes to see if there’s anything in there we can bear to let go of and make some money from. I’ve been in this position many times before whether it’s to afford a holiday, the latest pair of trainers I’ve fallen in love with or just so I can put a little extra into my savings.

It’s not always a great feeling knowing that you have to sell your belongings just so you can afford something but it happens to the best of us! And if you’ve got an old pair of heels just sat at the bottom of your wardrobe which haven’t been touched in months then it makes sense to get rid of them before you turn into some crazy hoarder.

But do you know how to make money from your old clothes? There seem to be loads more options appearing for us to dispose of our unwanted clothes which is bloody brilliant so I thought I’d let you know about some you may not have heard of before! 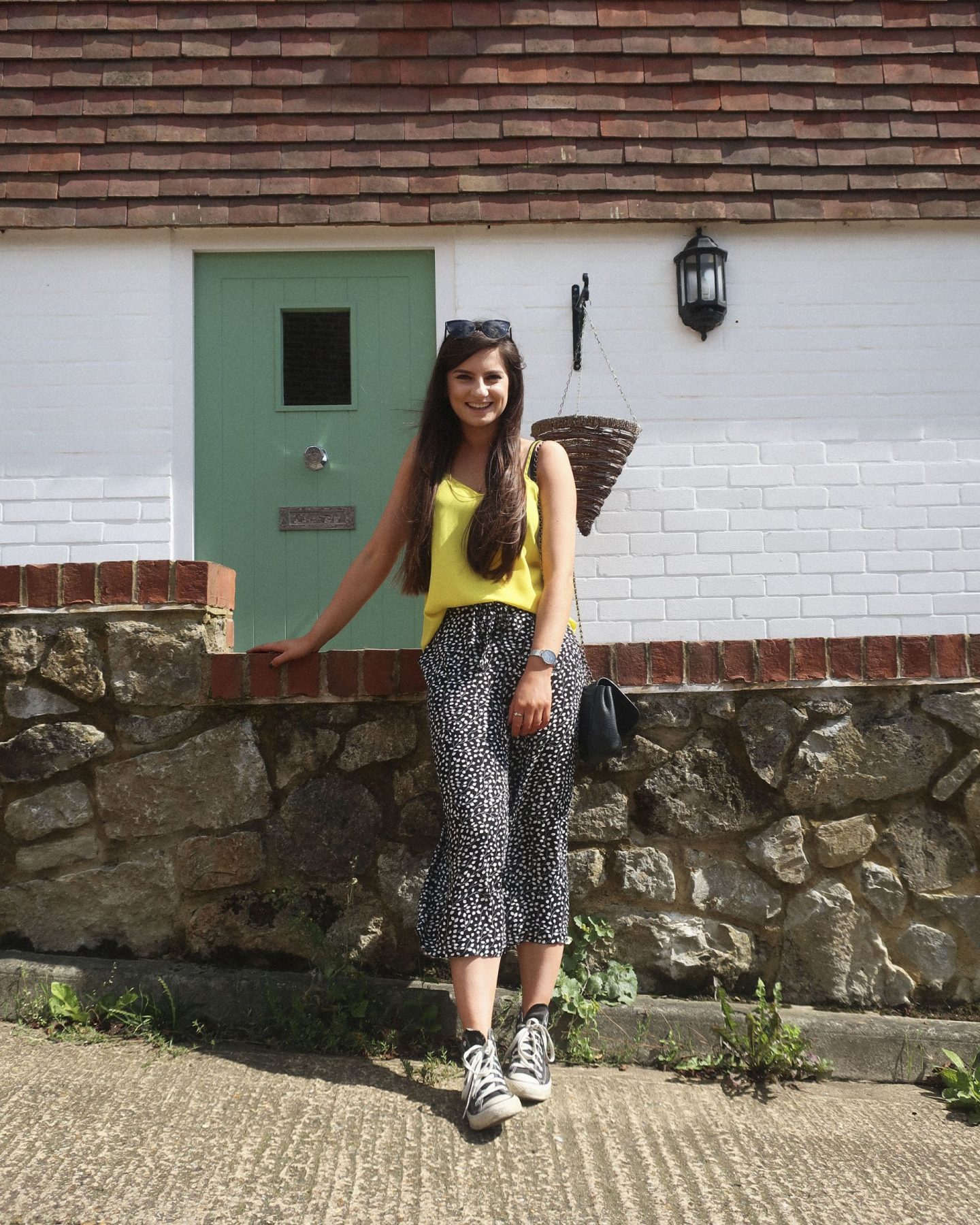 I’m not going to talk about these for long as we all know eBay is the OG of second hand selling and Depop is the place to go when you want someone to offer you £5 including delivery for your new season Topshop dress you’ve only worn once. I’ve downloaded and deleted Depop more times than I care to mention because of its moronic users but it is my number one place to sell my clothes (even if it means dealing with idiots). I tend to use eBay more to sell my mum’s clothes as it’s a more mature audience and I find I make more money from selling on Depop.

I recently found out about this through Georgia’s Instagram (@lifeinthefashlane) and it actually gave me the idea for this blog post because I feel like everyone needs to know about it (even though it’s been around since 2013)! So basically, H&M have this Garment Collecting Programme where you can take a bag of unwanted clothes by any brand, in any condition, into any store and receive a £5 voucher in exchange. Their aim is to reduce the amount of clothes sent to landfill and I think it’s such a great initiative, not only to make a little bit of money but to save the planet too! Hats off to H&M!

Triumph have a ‘Together We Recycle’ programme running throughout September where you can hand in your unwanted bra and receive £10 off your next one. I love the idea of this as I never know what to do with old bras because who wants to pay for a second hand bra, let’s be honest!

If you’re having a massive clear out and have loads of cheap clothes which wouldn’t sell on eBay or Depop then cash for clothes schemes similar to H&M’s one are definitely the way forward. With Genie Recycling, you receive sacks in the post which hold 30kg of clothes which you can then fill and return in exchange for around £15 per full bag. Just think, if you put a few bags together with your family’s old clothes from the attic then you could make quite a bit. It’s such an easy way to make money from your old clothes without having to even leave your house!

If you’re not really fussed about how much your clothes are gonna sell for then you can always head off to a boot sale. Personally, I’d only take clothes there if I was going anyway to get rid of some old toot from the attic as historically, I’ve never made as much as I wanted to out of clothes.

I’m definitely going to start making the most of the recycling schemes available for a bit of extra cash because it requires such minimal effort! And who doesn’t love a bit of extra money!

Do you know of any other ways you can make money from your old clothes?